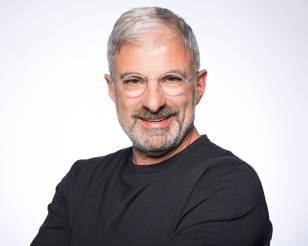 Brian Bogosian is president and chief executive officer of sticky.io,  where he is the chief team builder, motivator, recruiter, deal-maker, and mentor responsible for achieving year-over-year growth and global aspirations.

Brian’s many accomplishments include launching startups and scaling them into significant players in their respective industries. He was a first-time CEO at just 30 years old at USTeleCenters, a national telecom and data services provider based in Boston, where he set the strategy and grew the team from 10 employees to more than 500 and was profitable every quarter for seven years on an initial investment of $500K. He ultimately helped sell the company for 320X that amount.

Brian was also chairman, president and CEO of Good Powered by Blackberry (formerly Visto), the world's first mobile enterprise unicorn. During his 10 years at the company, Brian completed more than eight acquisitions, raised $1.25B, generated $337M in patent royalties, and built a  world-class team of 650 employees in ten countries that continued to execute, growing more than 75% for seven straight years.

Brian loves attracting and working with great people who thrive on seeking new market opportunities to innovate and build value. Nothing excites him more than inspiring and winning customers, and getting positive feedback and validation about the team, product, and approach to doing business.